When Lee first started walking, and I mean REALLY walking, I bought him a pair of grey and navy New Balance tennis shoes (aka hims tennies). They were too big, but he loved them, so we decided to make them work. 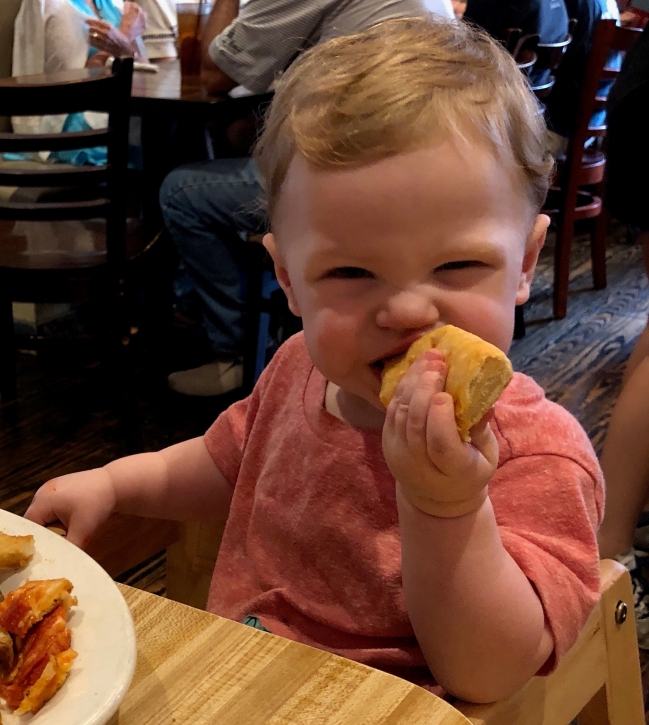 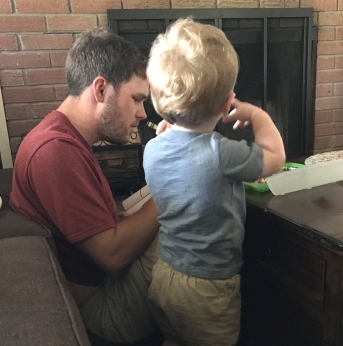 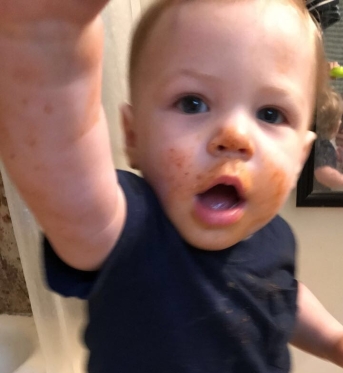 Yesterday, 6 months in, after countless wash cycles, the time had come… for new shoes.

These shoes may not have witnessed Lee’s first steps, but they did see quite a bit.

They were on his feet when he was playing at school and slammed his finger in a toy box so hard that the nail turned purple and, eventually, fell off. He didn’t cry, not until his Daddy got there to pick him up. Once in the comfort of Daddy’s arms, he let the tears roll, but not a second before! And not in front of the other kids!

They were on his feet when he decided to stand on the seat of a Little Tikes ride on car and bailed out when it started to roll forward, resulting in his first black eye. That one was rough. He couldn’t hold the tears in that day.

They were on his feet when I witnessed a meltdown the likes of which I didn’t think I would see until we hit the “terrible twos”. His body flat, rigid, and stretched out on the floor, screaming with all of his might, all because I handed him his juice cup when he asked me for it.

They were on his feet when I gave him his first hair cut. When I pulled him out of his chair and set him on the floor, he stomped all over the hair for a moment and then he got down on his knees and helped me clean it all up before we went outside to celebrate and feel the wind in our newly shorn hair.

And they were on his feet when we sat in the shoe store parking lot for a few minutes, waiting on them to open their doors. He was sitting in my lap in the passenger seat, pointing to D and saying “Daddy”, then to me and saying “Mommy”, and then to himself and saying “Weeee”. 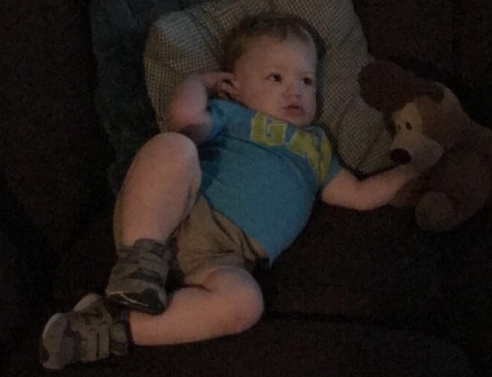 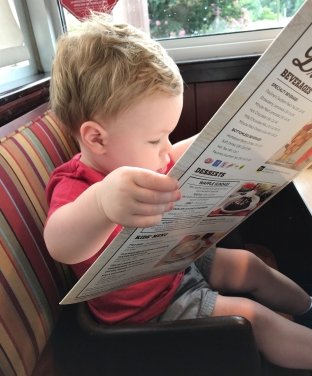 In just a few short months, they saw so, so much.

They saw my baby’s life.

They saw so much laughter and so many tears.

So, when I sat cross-legged on the floor of the shoe store with Lee in my lap, pulling this brand new pair of solid grey New Balance Toddler 990v4’s (in a size 7, wide) on his chubby little feet, I looked up, right into my husband’s eyes, and we shared a quiet look. It was as if we were passing all of these memories (and so many more) back and forth and a slow smile crept onto D’s face. It didn’t last long though, as Lee was up in seconds, running full speed through the entire store, yelling and screaming “shoes, shoes, shoes, mine, mine, mine.”

When we got home and D put Lee down for a nap, I found myself sitting at our kitchen table, staring at these two pairs of shoes. Never before in my life would I have imagined that a pair of shoes could make me as emotional as these were. 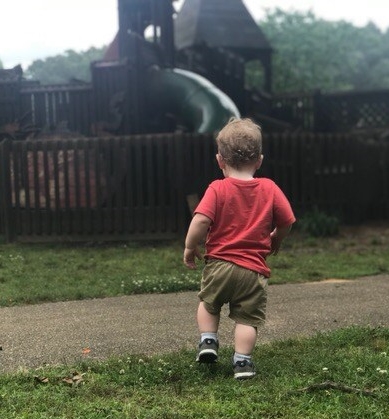 I can only imagine what these new shoes will witness.

Note: Lee’s Nana & Grandpa got him a pair of grey Sperry’s that he enjoys wearing on the weekends and out to dinner. They are his classy, casual shoes. And Lee’s Mamaw & Papaw got him a pair of brown and camo ankle Muck Boots for, well, God only knows what they will see. I dedicated a blog post to Lee’s tennies, because these are his every day shoes. They are the shoes we buy with the intent of them getting the most wear and tear. We love and appreciate all of the shoes he has been given and he does, indeed, wear them all!