February definitely snuck past me.

I realize that it isn’t over until tomorrow, but still.

Here’s how we spent it (or, more importantly, here’s how Lee spent it):

1. Lee convinced his Mamaw to put him on the top shelf at Home Goods so that he could  have a better vantage point of the toy aisle. 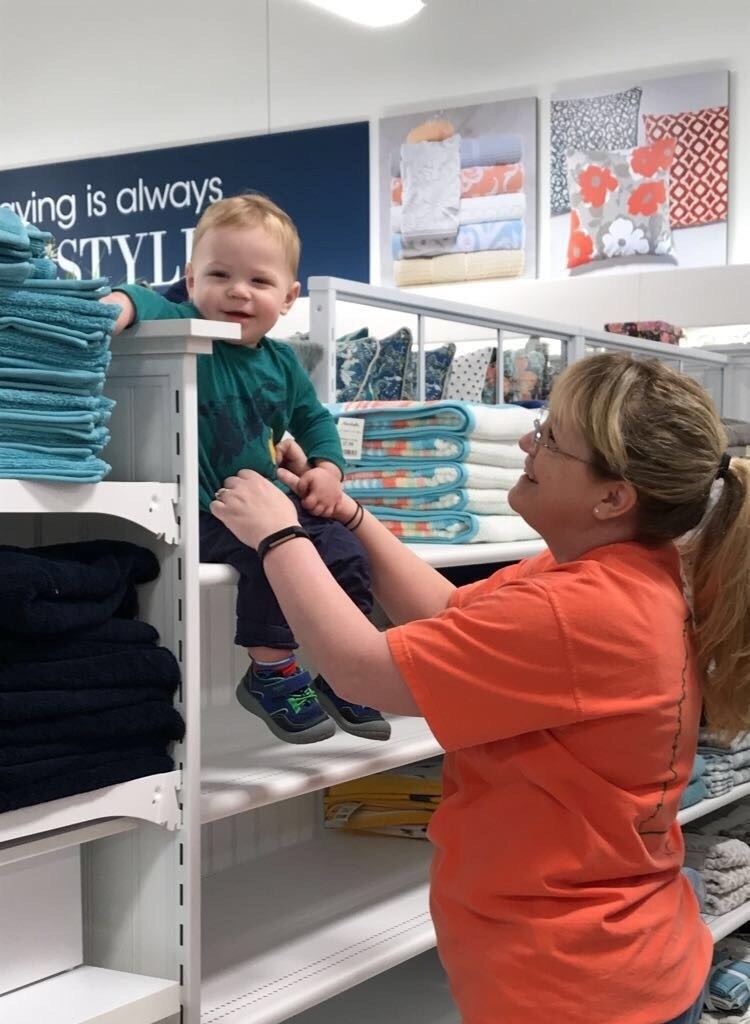 2. While halfway through reading Lee one of his favorite books, “How to Bathe Your Little Dinosaur” (which I’m like 85% sure is actually a book about how to wash your private parts), he snatched it from me and tried to eat it.

3. While I was grabbing a sweater out of my closet one morning, before we left for the day, I heard a crash and found Lee in his room holding his height measurement board THAT WAS PREVIOUSLY HANGING ON THE WALL. I’m still not quite sure how he managed this (it’s five feet long and on the heavy side).

When I walked in he froze and refused to meet my eye. 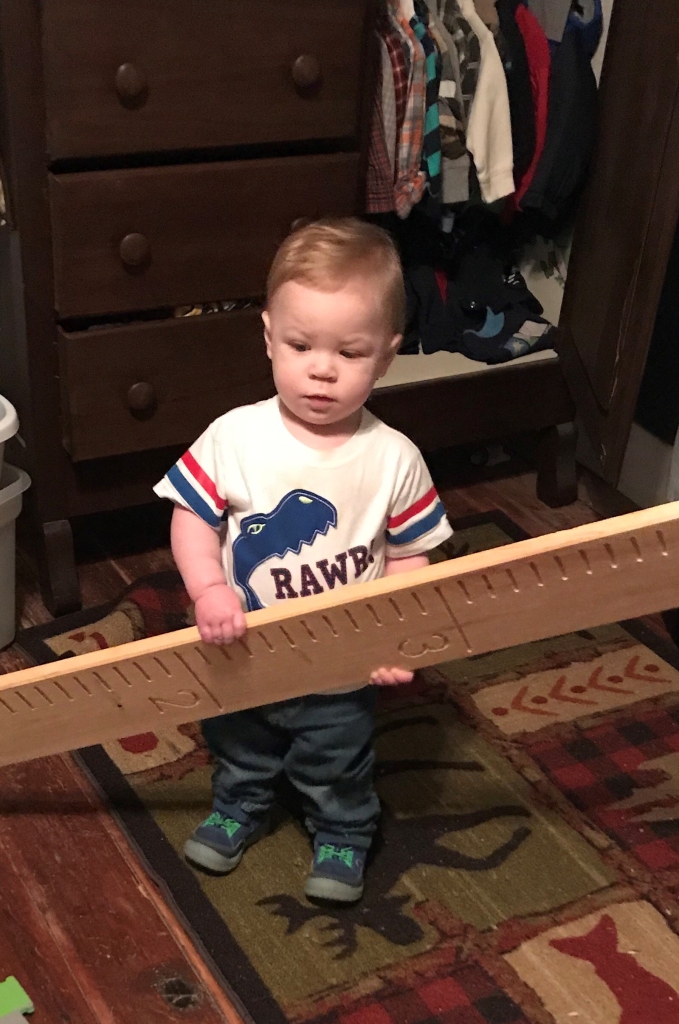 4. Lee’s 1st Valentine’s Day!! He had a party at school and got lots of cards and candy. Anddddd he may or may not have snuck a cupcake off the table when no one was looking at his school’s party. 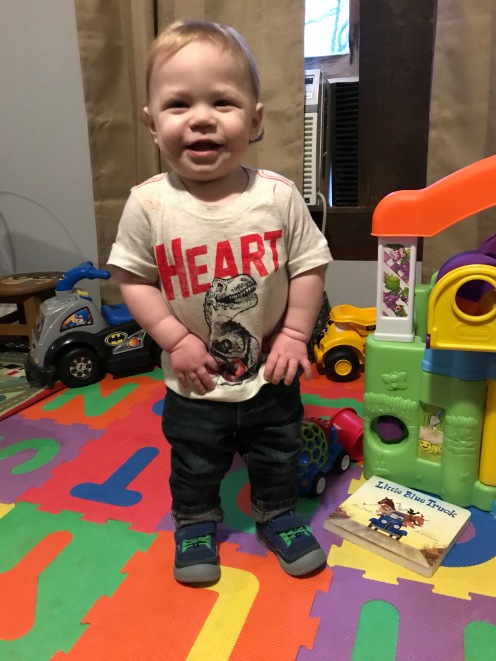 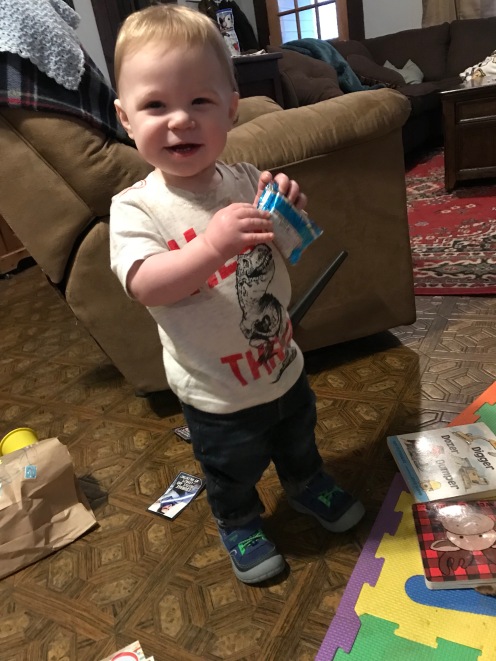 5. We have some molars coming in AND THEY HURT.

Also, they make hims very  angry (like demon possessed angry) and sleepy. I could watch this baby sleep for days.

6. D hung Lee’s swing!! And then Lee decided he would rather play with D’s duck calls than swing. Even as little boys, men have the attention span of… well, men.

7. D’s birthday Party!! He turned 26! On Saturday, Lee went over to help his Grandpa and Nana feed their horses and make sure the tractor was still running okay (as all 1 year olds do, naturally). And then he had to entertain everyone at D’s party, but his molars started bothering him again and he was just not in the mood, so he had to cut out early.

When we got back home, he passed out as soon as his head hit D’s shoulder.

8. Yesterday, the 26th, was D’s real birthday. So Lee suggested that we surprise Dad and take him out to eat. We found ourselves at Proud Larry’s where Lee stared at a group of cute college-aged girls until they waved to him. And then he continued staring.

He was putting those baby blues to work!