When my husband I first moved in together, we were just two broke college kids in love. We lived in a one bedroom cabin at the end of his parents driveway and it was perfection. Alas, we wanted more. I was ready for babies (let’s be honest I’ve been ready for babies since I was 5), however, my love made me see the light. We were not married, we were full time college students, AND WE LIVED IN A ONE BEDROOM CABIN. So, we did the next logical thing, we got another pup. 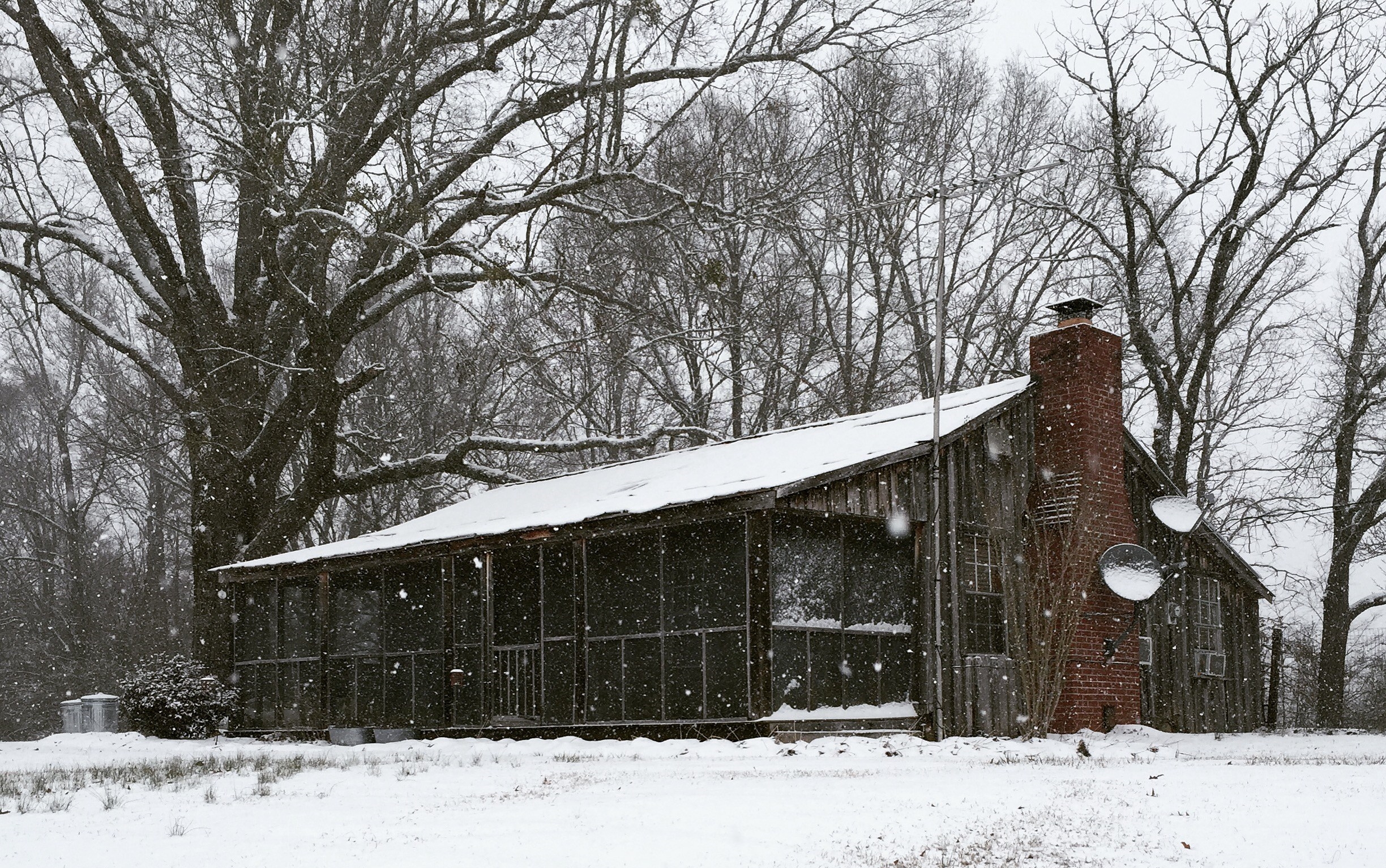 We already had my beloved Sophie (half Dachshund, half Chihuahua, 100% badass) and she was/is perfection. But she had the typical only child mentality that made it really hard to bring her around others. She wanted us all to herself and she did not care for the company of others. Such a diva. And man, oh man was she annoyed at the thought of a sibling.

The husband (then boyfriend/companion living in a cabin of sin) really, really wanted a male chocolate lab. And I love all dogs, regardless of race, religion, or gender, so I was game.

We found Henry, listed as “Dog #3” on a sketchy Craigslist ad and off to Tennessee we went to bring him home. The moment I laid eyes on him, I dubbed him “Henry.” As we made the journey home, I held him in my lap and told him all about his new house, family, and dreadfully annoying sister. As soon as we walked in the door, Sophie tried to bite him (which was expected). However, instead of reacting in a menacing way, sweet Henry walked over to her, rested his head on her back, and kissed the back of her head. That was all it took. From that second forward she loved and protected him as fiercely as if he were her own puppy. 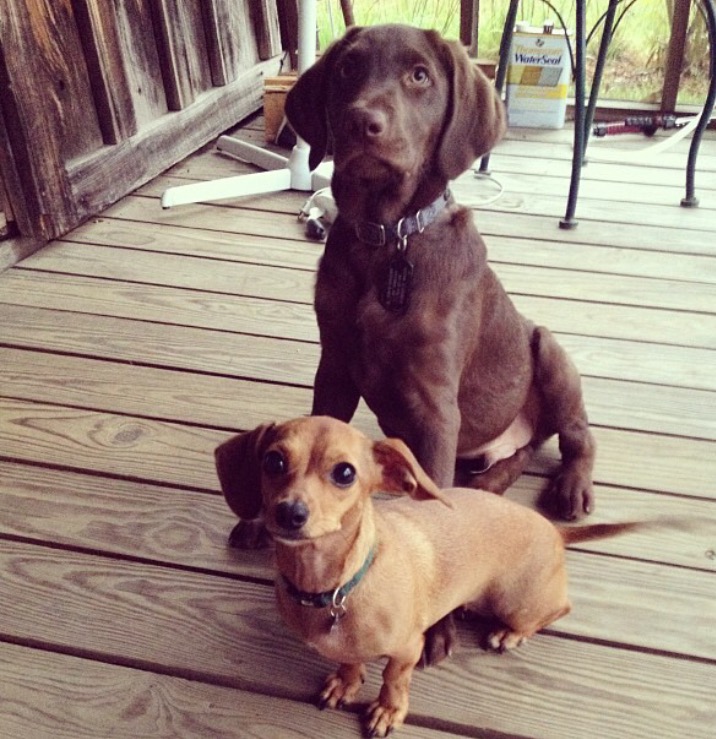 Though we purchased Henry with the intent of my husband training him to be a hunting dog (retrieving ducks and whatnot), Henry was not about living that life. He liked snuggling Sophie on the rug in front of the fire or sitting between the husband and I on the couch. When D (my husband) would wake up early to go hunting, Henry would climb into D’s spot and snuggle under the covers with me, refusing to go out into the cold at such an ungodly hour.

When Henry was 3, we brought another dog into the picture. Bear (half golden, half lab) adored Henry and wanted to be just like him. Henry was so patient with him, he loved him so dearly. Soon after Bear joined the family, another member began to grow in my tummy. Henry knew before I did, I believe, as he would come over and put his head (sideways, left ear facing down) on my belly. As my belly grew, so did Henry’s protectiveness. He followed me everywhere I went. And as soon as my feet were off the ground, Henry’s head was on my belly. 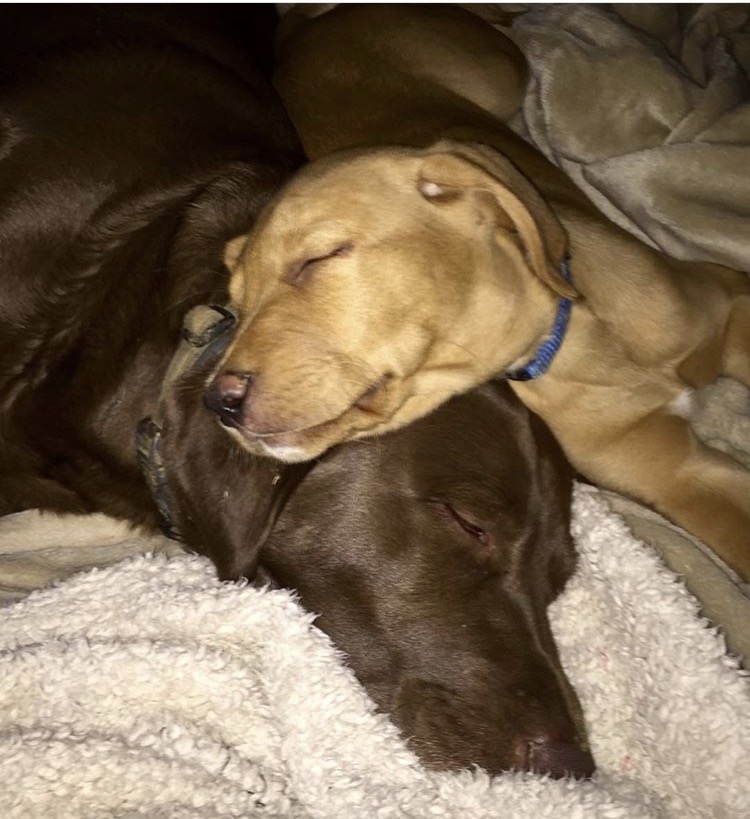 The very first time I felt Lee (my son) kick, it was while Henry’s head was on my belly. He jumped and we locked eyes and then he slowly lowered his head back down to my belly and waited for the next one. Henry was in love with Lee from that point forward.

After we brought Lee home from the hospital, Henry became his protector. While Lee was in his swing, if he started to cry, Henry would come over and put his head on Lee’s belly, instantly calming him.

Last week we lost Henry suddenly and unexpectedly. It was one of the hardest mornings of my life so far. 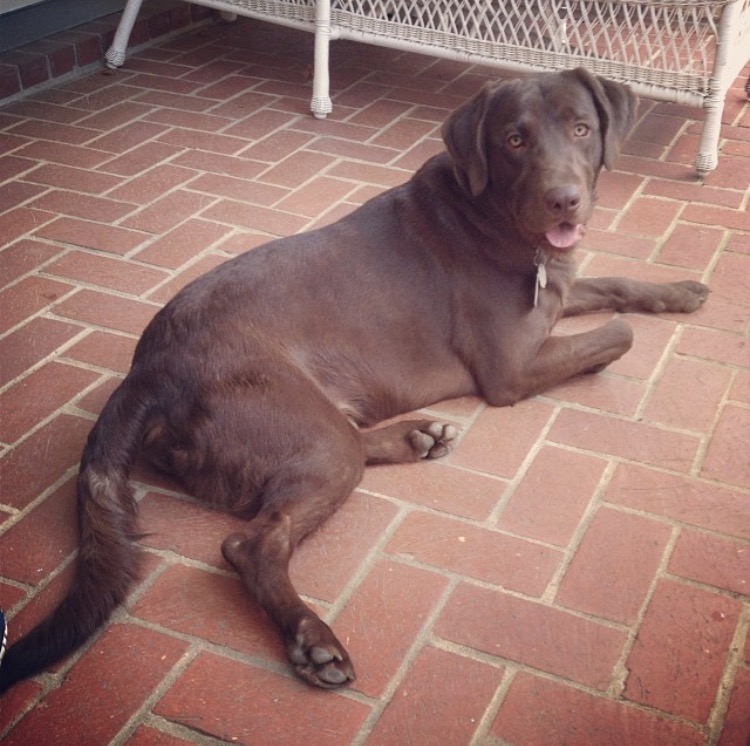 You see, he had been very sick. What began with daily diarrhea, suddenly turned in to something no one could figure out. We brought him to the best vet in our town and had a full work up done. Tox screen, blood tests, X-Rays, you name it, we requested it. And still, no answer. We tried feeding him a different food, and then soft food, and then baked/boiled chicken. He couldn’t keep anything down.

And then, one cold, October morning, I reached into his kennel and patted his head, like I did every morning, and he was gone.

We buried him in his favorite blanket beside our pond so that he could forever be near water (as he loved it so dearly) and always have his blanket to snuggle in on those cold, winter mornings. 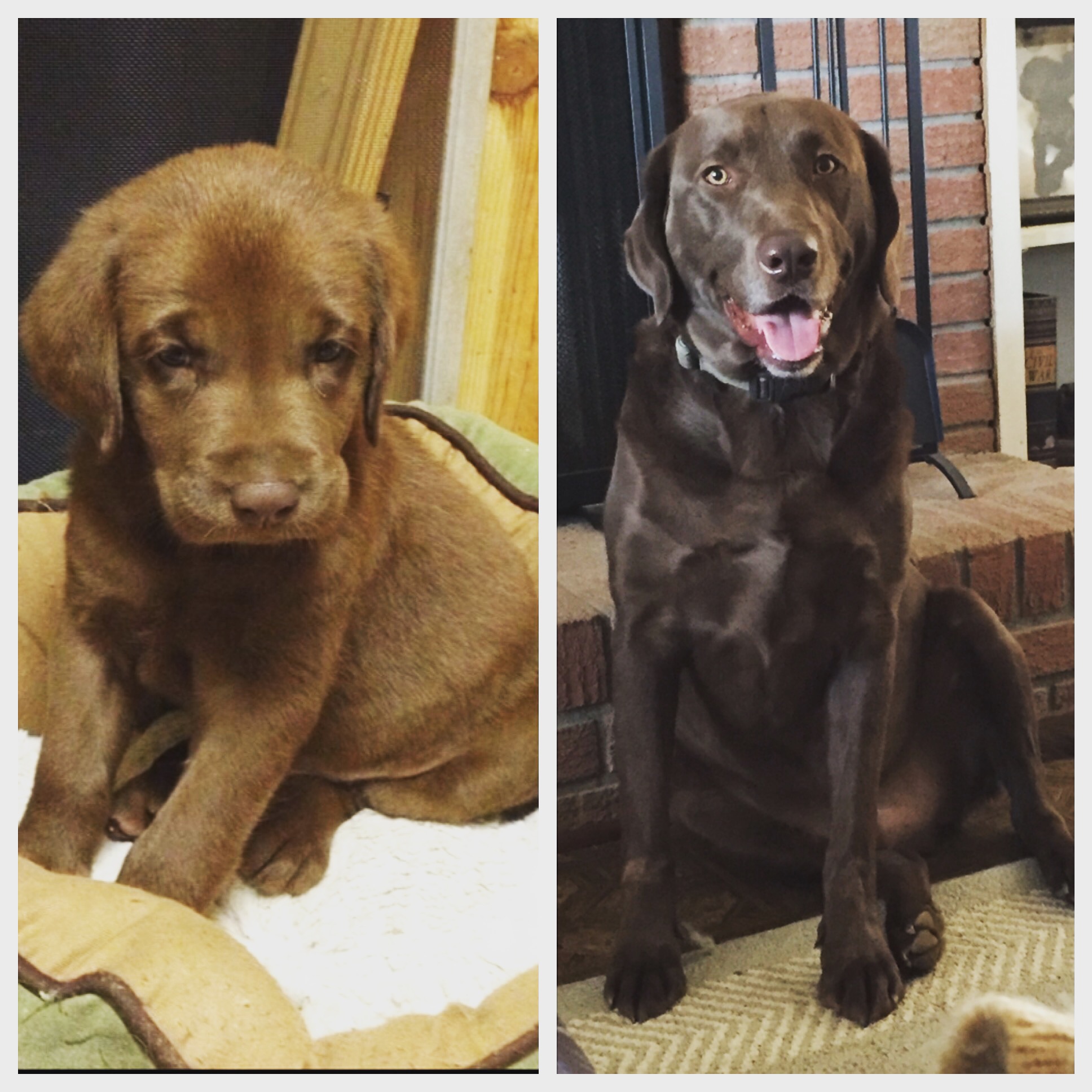