My husband and I started dating our Freshmen year of college and were married before either of us had even graduated. I heard the talk around our quaint, southern town was that I was “knocked up” and this was a “shotgun wedding” but that simply wasn’t true. Though, lets be honest, I would have loved for it to have been!! (Is that wrong to say? Ehh… who cares?)

D was the only man I had ever met who didn’t annoy the hell out of me after five minutes. Previously, in my dating life, (or lack thereof) I would meet a guy, decide he was perfect for me, and then after the first date, just be over it.

The night we met changed my life forever.

I was in town with a girlfriend who was INSISTING that we meet up with this guy she had a thing for in high school so that they could catch up. Annoyed and irritated, I gave in. We went to the local Kroger parking lot and waited for him. He pulled up in a blue Jeep Wrangler with his music playing entirely too loud for a normal human being to stand and beckoned for us to get in. He was driving (obviously), she was in the passenger seat, and I was in the back (texting another gentlemen *cough cough*) and minding my own damn business.

He kept trying to talk to me and I would smile, nod, and go back to my phone. When I heard a seatbelt unbuckle, I looked up to see that we were parked in a field and he was coming at me. Literally. He was climbing into the backseat. I immediately slid over to the window seat furthest away from him. He sat in the middle, turned, put his feet up on the roll bar, his hands behind his head, and his head in my lap. He then began to tell me his life story.

Nearly two hours passed while this stranger went on and on, telling me about his childhood in a nearby city, how his parents moved him here halfway through high school to help his Mom’s aging parents, his time in the Army, how he was worried that his brother thought he was judging him for his lifestyle, how he was worried about his sister always because she was too smart for her own good, everything. The man covered everything.

When he took us back to my car, he waved goodbye, said, “It was nice to meet you,” and left. He didn’t ask for my number, didn’t ask to see me again, nothing. He just drove off like he hadn’t just weaseled himself into my life.

(What’s really funny is that we attended the same high school for two years, were actually enrolled and had been attending the same History class at Ole Miss for that entire semester and had never seen one another! — It’s like the universe was pulling tricks out of its hat to push us together).

When we got home I begged her for his phone number, but she wouldn’t give it to me. This is the part where you decide that I’m a terrible person because, I mean, I knew that she liked him. BUT IN MY DEFENSE… I asked her if she would mind if I saw him again and she said no. Guys, she said no, okay?! Omg, I can literally feel your judgment seeping into my bones right now. **I seriously just stopped writing to cover my face with my hands out of embarrassment**

Moving on… I couldn’t stop thinking about him. So, like any other 21st century female, I stalked him. I found his Facebook and sent him a friend request. Because he had his phone number on his profile, when he accepted my request, FB automatically loaded him as a contact in my phone. When the notification popped up that a new contact had been added, I took a chance. I sent him a text that said, “Hey stranger” and ladies and gentlemen, that was that. We went to a movie that night and I haven’t gone a day without him since.

He has been mine for six wonderful years and I cannot wait to be old and wrinkled on a front porch swing with him at the end of our journey. 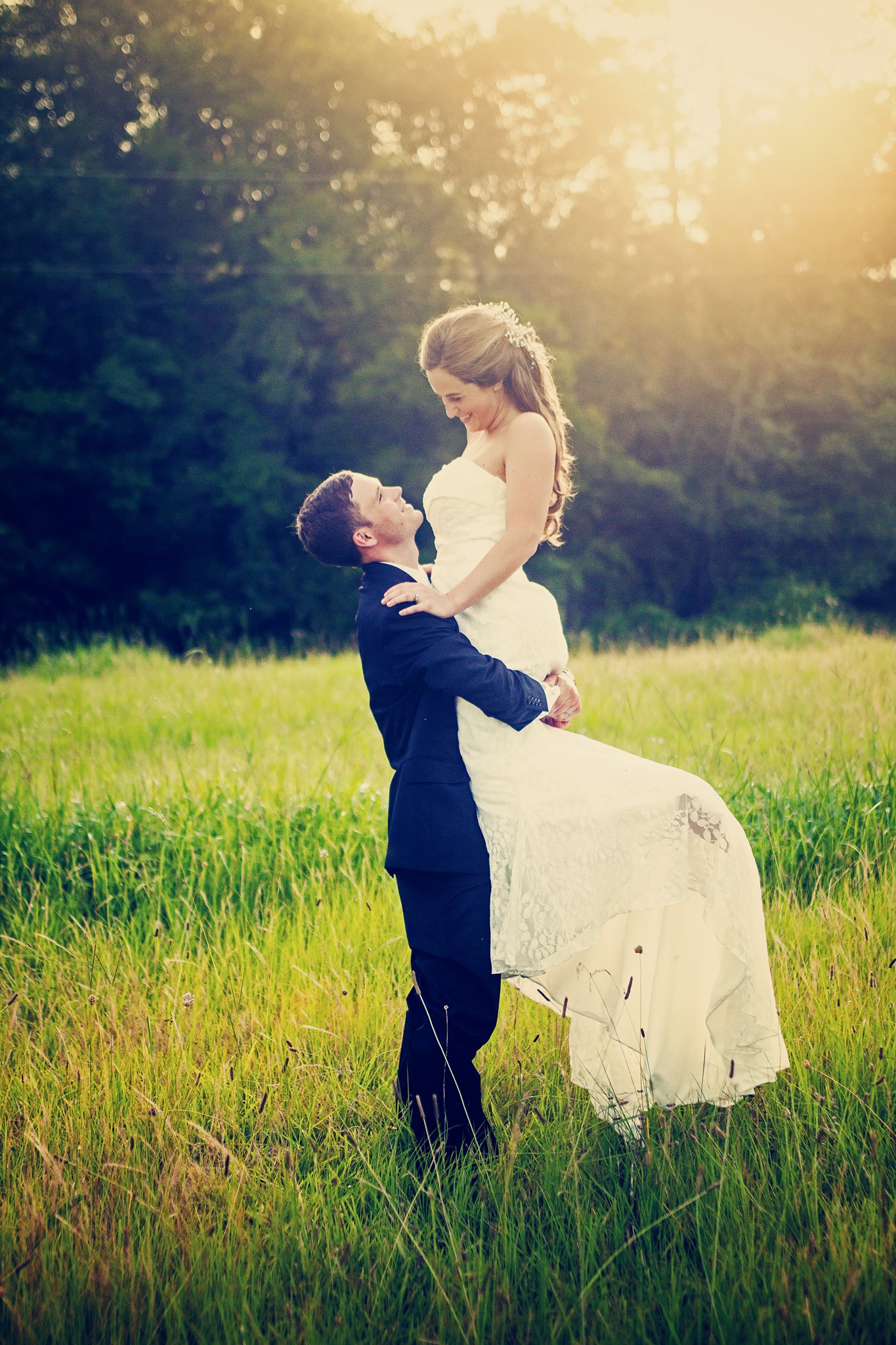